Life as an intimate documentarian

Joanne Leonard’s work is everywhere: from the Museum of Modern Art (MoMa), art history textbooks, and even the cover of rock group Suede’s album, Dog Man Star. But the root of her career starts at home.

Leonard’s intimate documentary photos and photo-collage work are often infused with layers of feminism and political commentary. The mold-breaking work she made at the end of the 20th century positioned her to teach art and interdisciplinary courses at the Penny W. Stamps School of Art & Design for 31 years before retiring in 2009.

With a career dating back to the 1960s, Leonard has lived a life of changing political climates, personal growth, and lasting impact on the world of art.

“Much of my work has had a social justice dimension, and maybe that’s the most important thing,” Leonard said. ​“I cared that my art meant something in the world. Sometimes I hoped my photographs suggested what might need to change; what seemed positive and what seemed wrong in scenes where I photographed.”

When then 11 year old Leonard came across the photography book The Family of Man edited by Edward Steichen in Los Angeles, she was first inspired.

The book’s collection of photographs in the early 1950s showed people in all walks of life and human activities standing against the horror of war, which captivated Leonard as a young girl. Leonard notes that The Family of Man has since been criticized for denying important human differences and its sexist title.

“This was a collection of photographs of people around the world, meant to suggest how all humans are one family,” Leonard said.

Years later, along with her documentation of daily life in personal settings, Leonard also began to use collage in her work. By layering her own photographs with photographs clipped from magazines, Leonard aimed to create social commentary. Her most recent series, The Newspaper Diary, compares and contrasts news photographs to art reproductions in books.

A model of resilience

Some of Leonard’s most famous works include simple capturings of women’s lives, which were not commonly seen at the time. These include her photograph of a pregnant woman hanging laundry (Sonia, 1966), collages documenting her own miscarriage (Journal of a Miscarriage, 1973), as well as depictions of home environments (Kitchen, Corean’s Home, c. 1963 – 72), which are now on view at the Museum of Modern Art in NYC. It was with these works that Leonard began to be seen as a ​“feminist artist.”

“The women’s realm might not have seemed like art at all, and those family photographs might have just seemed like snapshots,” Leonard said. ​“But in the context of the political climate, and emerging context of feminism, it was important to emphasize women’s worlds and women’s work.”

“In the context of the political climate, and emerging context of feminism, it was important to emphasize women’s worlds and women’s work.”

Not only was Leonard’s work met with mixed reactions – her Journal of a Miscarriage was censored from exhibitions – but it was also work she subsequently created while navigating life as a single mother. The effort took resilience – a trait modeled to Leonard from early on.

“My dad was a survivor of the Holocaust. When he was in his early 20s, he had to change continents and he came to America. He ended up working in the arts as a manager of concerts. My mother studied psychoanalysis when she went to Berlin, but then Hitler came and she had to leave Berlin and return to the United States. My mother’s career path was interrupted, and she found a way to continue to work,” Leonard said. ​“I think the history of uncertain kinds of resilience in the face of interruption and having non-traditional routes to finding a career path gave me a model.”

Leonard also sought support from her twin sister, Eleanor Rubin, who is not only a fellow artist, but her confidant and role model.

“Eleanor had children much younger than I did – she was only 21 when she married. And she managed to make art, in spite of all that,” Leonard said. ​“When I became a single mom by choice, I had the model of my sister who was still making art. People kept telling me that if you don’t have the support of a partner, then you’ll have to quit being an artist. I thought, ​‘No, I won’t.’”

The possibility of a female support system and friendship with other women were a part of how Leonard interpreted feminism in the 1960s. The network of women helped Leonard advance in her career and defy tradition.

“When I ended up on my own to make a living, it was great to have the support of other women, particularly in the 60s, with feminism growing stronger,” Leonard said. ​“We helped each other have shows and we wrote about each other’s work. Before I knew that it was called feminism, it was just making friends and having a support system.”

From Oakland to Ann Arbor

While Leonard is known for the intimacy of her documentary style, she has also photographed a variety of locations. Leonard had opportunities to travel and photographed where she lived and worked. For 8 years in her early career, Leonard lived in West Oakland, California. There, Leonard produced photographs now in permanent display at the Oakland Museum. She also was one of two official photographers for the U.S. team at the 1972 Winter Olympics in Sapporo, Japan.

Eventually, her work was included in major publications, including the famous LIFE magazine, and many major museum collections. These accomplishments played a role in her hiring at the University of Michigan.

Despite not having an advanced degree, Leonard took risks to put her art out in the world. One crucial moment of recognition came to Leonard when her work was featured in Janson’s History of Art textbook, which was previously published without the work of a single woman artist.

In the past five years, Leonard corresponded with museums around the country, making arrangements for the acquisition of her photographs from her file drawers full of work. Now, her work is on display at the Museum of Modern art in NYC, the New Mexico Museum of Art, the San Francisco Museum of Modern Art’s Constellations, the National Center of Photography and more.

As an art professor who came to teach before the advent of digital photography, Leonard enjoyed taking students into the darkroom and even taught them how to make pinhole cameras.

“The students were very gifted. It was gratifying to see the students make wonderful photographs themselves,” Leonard said. ​“Some students tell me today that they loved my classes, and I’m just grateful to have had such terrific students.”

“I found ways to engage with other parts of campus, and be fed intellectually with concerns I had from the world and politics,” Leonard said.

Her experience and impact on campus led her to be named the Diane M. Kirkpatrick and Griselda Pollack Distinguished University Professor of Art and Women’s Studies.

“Being a single mom was hard and it was quite a challenge for me and also for my daughter,” Leonard said. ​“I think my life would be very sad if I hadn’t had my daughter. Young people might be imagining how their work life will work out with their relationships and so on. I was able to accomplish quite a bit while being on my own for most of that. Of course I’m also really proud of my accomplishments as an artist and teacher. ”

In 2008, Leonard published her book, Being in Pictures: An Intimate Photo Memoir, where she combines her life’s work and memories – including many photographs of Julia.

In her book, Leonard famously said, ​“I built a darkroom and, later, a studio when I could have fixed up a kitchen,” a nod to her non-traditional path in both art and life.

As a woman in her era, Leonard defied many odds as a single mother to create groundbreaking work. Her work transcended societal and personal expectations as she raised her daughter, taught at the University of Michigan, and submitted her work to museums across the country.

To learn more about Leonard, visit being​in​pic​tures​.com. Many more of her photographs can be found online. 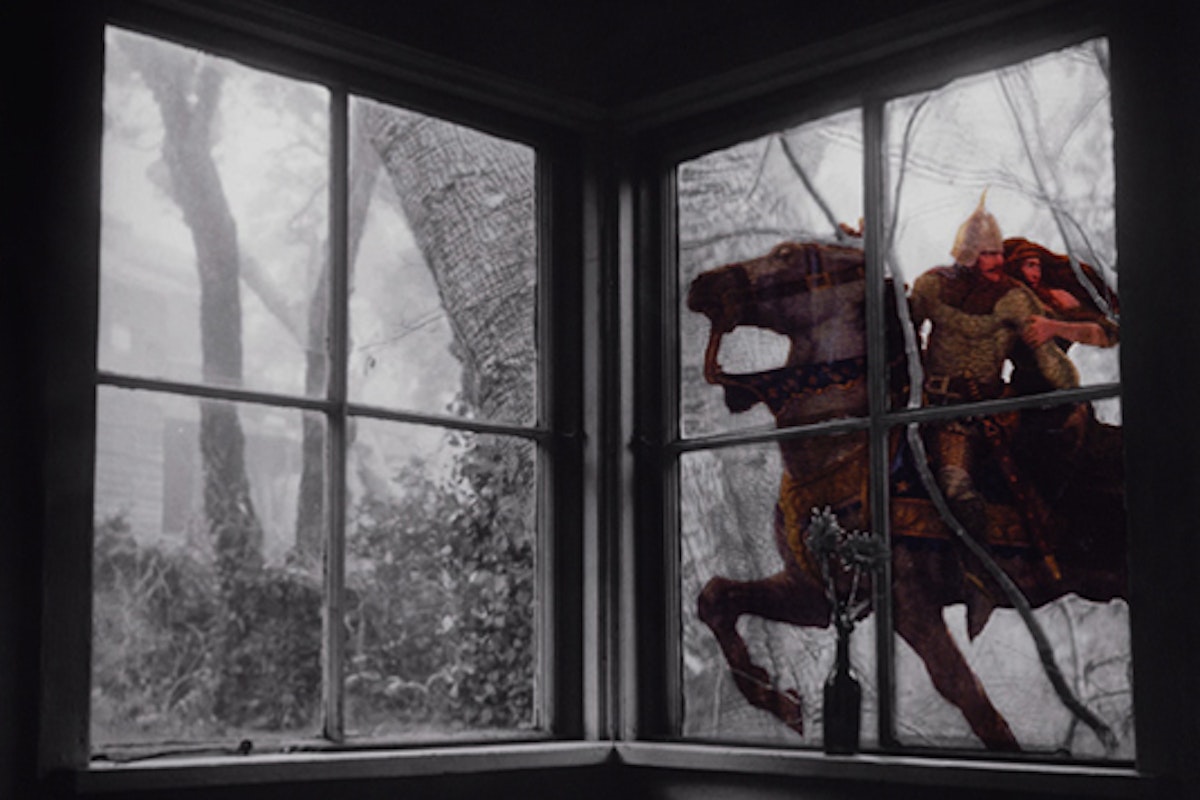 Being in Pictures: An Intimate Photo Memoir interweaves the extraordinary photography and collage work of artist Joanne Leonard with personal narrative to reveal the creative possibilities of feminist art.